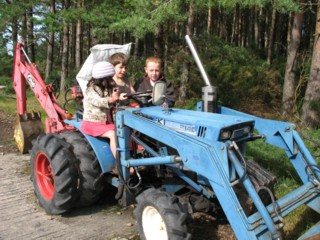 In the summer of 2007 our family of four attended a workshop at Newbold House in Findhorn, Scotland called Joyful Families which was great fun, gave us lots of insights and helped us to become a more loving and joyful family. We're writing here to share the experience and to encourage others to go if you have the opportunity.

Joyful Families is a week long 'workshop' which explores how to become exactly that - a joyful, happy family. A requirement is that the oldest child in the family is at least 5 years old and we went when our children were 5 and 7. We were lucky to have a healthy family who were already able to communicate about many things and we went wanting to iron out a few problems, particularly in the area of communication and to create more harmony between us - so that our family could work together as a team.

The course is held at Newbold House, a beautiful old manor house with lots of big rooms to explore, set in its own grounds, with beautiful gardens, a space for a bonfire (which we and the children loved) and a lovely atmosphere and sense of safety, which helped us relax and allow our children the freedom to run around and be themselves. All meals are provided and it's a vegetarian, low-sugar diet.

We were made very welcome by the course focalizers (the people who run it) - David and Alexandra McNamara, Daria, Babs and her daughter Anna and immediately felt positive, with a feeling that we'd come home. 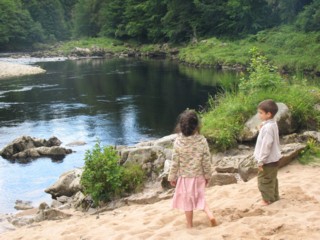 During the workshop, days are spent playing, talking, singing, dancing, drawing, painting, running (particularly the children), playing games, etc. with a fairly full on schedule, but enough time is set aside for relaxation, meditation (if the grown-ups wish) and quiet time - either to talk to a focalizer, with each other or just chill out for a bit. There are also trips into Findhorn itself, visits to the Scotish seaside, river swimming, a barbeque, etc.

In the evenings after the kids have had a story and gone to bed, the grown-ups share their insights and chat. One thing I loved most about the course was the willingness of the focalizers to say 'yes' to requests and to adapt the course to the needs of the participants. This ranged from things like all the children wanting to do painting, so they spent part of an afternoon painting, to modifying exercises when a child asked for it to be more active, to having some evenings very informal and loose and others spent doing focussed processes.

Families often worked together and there was also the opportunity to work with children and adults from other families - certainly I felt like I got to know everyone at a deep level by the end of the week. The workshop covered a lot of different subjects through talking, play, drawing (either individually or creating something together as family), etc. Some of the subjects we explored were:

Because the course if for a small group (4 to 7 families or so) and because of the flexibility to cover individual needs, I'm sure that everyone would have different insights doing the course. I've noticed that Tormey and Saskian took on board many of the lessons at a deep level, some of which they can voice and some of which has just gone in, without them needing to voice it (for example Saskian has become more confident and assertive since doing the course and Tormey has lightened up and is having more fun). Some specific insights I had (or that we had as a family were):

It took concentration and guidance to gain these insights (and we had many other insights too) and it was sometimes a challenge to accept them - we certainly experienced every kind of emotion during the family workshop. That said, we also had great fun, lots of laughter and play and we developed strong friendships with the other participants and the focalizers, so we supported each other on our exciting journey forward.

For more information on the course please see:

The Interfaith Foundation - a spiritual association who train interfaith ministers. While not officially associated with the Findhorn Foundation, the two organisations have several overlapping areas.

Scotland Wedding Ceremony - not really anything to do with the course :-), but two good friends of ours are interfaith ministers in Scotland and we highly recommend them if you're planning a baby or child blessing or naming, a wedding ceremony, and if you need to, a funeral. They are all about you and the alternative ceremony or celebration you choose. 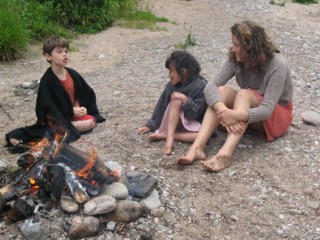 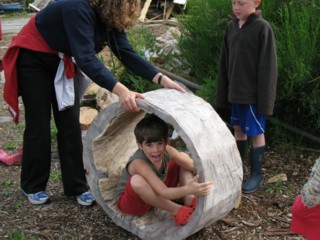 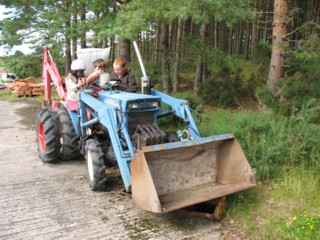